The Horse asked researchers and equestrian federation representatives for their takes on the new FEI rule banning shaving of facial vibrissae, which are sensory organs commonly called “whiskers.”

ADVERTISEMENT
Removing long facial hairs that help horses “see” their close surroundings could deprive them of a safety mechanism and possibly make them feel disoriented. As such, the recent decision of the Fédération Equestre Internationale (FEI) to ban removal of horses’ “sensory hairs”—the whiskers around the mouth and eyes—constitutes an important move to safeguard equine welfare, according to equine veterinary researchers and industry leaders.

“The move by the FEI to ban the trimming of equine whiskers is to be applauded,” said Roly Owers, MRCVS, CEO of World Horse Welfare, in Norfolk, U.K., an international charity partnering with the FEI on welfare matters for more than 30 years. “Whiskers, or vibrissae, play an important sensory role in protecting the muzzle and eyes of the horse and, hence, removing them because it looks neat is completely unjustifiable.”

Horses appear to rely on sensory hairs for judging how close their heads are to objects, especially when they’re so close they can’t see in front of their noses, since their eyes are on the sides of their heads, said Machteld van Dierendonck, PhD, who’s associated with the Faculty of Veterinary Medicine at Utrecht University, the Netherlands.

“All vibrissae are a kind of safety measure, not only above the eye (where horses have seven vibrissae on each side, including a ‘very, very long one’ nearest the nose),” van Dierendonck said. “Because a horse is not able to ’see’ under his nose, he ‘sees’ with his vibrissae.

“In a domestic stable environment, they need their vibrissae much more than in a natural environment, since there are many more obstacles—doors, grids, stable sides, buckets, etc.—than they would ever encounter in the wild,” she continued. Her review of previously collected data even suggested that horses with shortened vibrissae might have had a slightly greater tendency to incur more head injuries than those with intact vibrissae, she said.

For decades, many riders and grooms—possibly unaware of the role whiskers play—have shaved facial hair from horses of all competition levels to give them a clean appearance, our sources said. In 1998, Germany became the first country to ban the practice on welfare grounds. Switzerland followed suit in 2014, prohibiting the practice in a sweeping ban that also included hyperflexion and tail docking. Last year, the French Equestrian Federation (FFE) declared the vibrissae to be “essential sensory organs” and banned their removal. And starting next year, following this latest decision by the international governing authority of horse sports, no horses from any federation will be permitted to enter an FEI arena without intact whiskers, regardless of what country hosts the event.

“An integral part of the responsible use of horses in sport is for every rule to be designed with the express purpose of raising the standard of horse welfare around the world,” said Jennifer Hall, BVSc, MRCVS, Chair of the FEI Veterinary Committee. “The ban on the trimming of equine sensory hairs, which will be implemented from July 1, 2021, does just this, as this practice was purely for cosmetic purposes and overlooked the important role that these hairs play in a horse’s sensory ability.”

Federations on Board To Stop Whisker Cutting

The FEI sought to “align its regulations with those of National Federations (Germany, Switzerland, France) which had already banned this practice,” said Hall. “We were pleased with the support the rule received through the Rules Revision process in the lead up to the November vote at the FEI Online General Assembly,” she told The Horse.

During that revision process, the German Federation encouraged the FEI to include a ban on clipping ear hairs as well—which is also illegal in Germany—but the FEI opted to keep ear hairs out of the ban for the moment. That’s “not surprising,” said Owers, who explained that ear hairs are “not whiskers” and “do not perform the same function” of providing sensory details about nearby objects. “The key issue with clipping/trimming hair around the ear is how well the horse responds to that—and, hence, what risk is posed to horse and trimmer,” he said.

Meanwhile, the United States Equestrian Federation (USEF) expressed concern that the rules outlining the new FEI ban were “too subjective” and would be difficult to enforce, especially with regard to how much hair might have been clipped. “Since clipping the sensory hairs results in disqualification, is it to be understood that any trimming or shortening of these hairs would cause disqualification?” the Federation’s representatives wrote to the FEI during the rules revision process. USEF additionally stated that long hairs around the eyes could get tangled in blinders used during driving competitions, causing the horse discomfort. However, the FEI assured that this would not be an issue and that the ban’s wording should remain as is.

Despite its original concerns, USEF supports the ban, said Will Connell, USEF director of sport. “The ban on the shaving of sensory hairs already exists in a number of European countries, so for athletes that have been competing internationally, this will not present a huge change,” he said. “USEF did raise a question in response to the initial rule proposal, but the safeguards around the rule are sufficient should there be an issue relating to driving blinkers. USEF will now work to make sure all U.S. FEI athletes are aware of the restriction.”

Ultimately, cutting off sensory hairs impairs equine welfare purely for aesthetic purposes, and the FEI ban “makes this very clear,” Owers. But protecting FEI competition horses is only part of the effort. “It is even more important to educate owners to understand the sensory role that whiskers perform,” he said.

Rats have a specific brain area dedicated to sensory signals from each vibrissae hair, said van Dierendonck. Although rats are usually good swimmers, they frequently drown when their whiskers have been experimentally removed.

To test whisker function in horses, von Dierendonck and her students found that horses with clipped whiskers generally bumped their noses against the bottom of shortened buckets (not the depth the horses expected), but horses with intact whiskers didn’t. They also saw that, especially in younger horses, the animals seemed to lose their balance and sense of orientation for about a half hour after having their whiskers experimentally shaved off. However, because it’s nearly impossible to “blind” the researchers observing the horses (hiding from them which horses were shaved and which weren’t, to avoid bias), the study results haven’t been scientifically validated, she said.

More recently, Kata O. Veres-Nyéki, DrMedVet, Dipl. ECVAA, PhD, MRCVS, of The Royal Veterinary College, in Hatfield, U.K., and formerly of the Vetsuisse Faculty at the University of Bern, in Switzerland, carried out a study testing horses’ facial sensitivity. Although evaluating the effects of clipping wasn’t her primary goal, she incidentally found that the faces of clipped horses were less sensitive. “I would recommend that people avoid clipping their horse’s face (except when medically justified),” she said. “Our results support what an important role hair coverage has in tactile sensitivity and, consequently, in protection of the face.”

Studies aside, however, all it takes is good observation skills and an appreciation for equine behavior to see some basic uses of whiskers, said Sloet van Oldruitenborgh-Oosterbaan. “If you take time to observe horses in nature (pasture and forest areas) and in the stable, you see they use their whiskers during eating (such as when finding oak nuts under dead leaves and for exploring new objects and surfaces),” she said. “The whiskers around the eyes protect the eye against damage. I believe personally we should not cut, pull out, or burn whiskers.”

The new FEI ban still lacks clarification about specific details concerning what exactly would constitute disqualification at events, said Hall. But those issues will be ironed out in due time. “The FEI will continue to further improve procedures to ensure that there are no gray areas in the application of this rule at FEI competitions,” she said.

Passionate about horses and science from the time she was riding her first Shetland Pony in Texas, Christa Lesté-Lasserre writes about scientific research that contributes to a better understanding of all equids. After undergrad studies in science, journalism, and literature, she received a master's degree in creative writing. Now based in France, she aims to present the most fascinating aspect of equine science: the story it creates. Follow Lesté-Lasserre on Twitter @christalestelas.

Stay on top of the most recent Horse Health news with 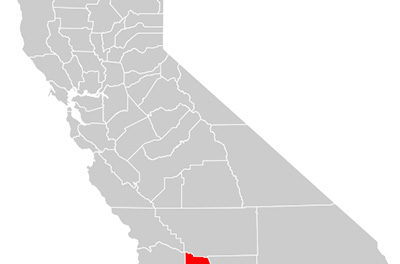 This stunning 5yo mare is by the ultimate dual purpose sire, Contenda. Contenda competed at the top level in eventing…
10/05/2020
Total views: 5080

This website uses cookies to improve your experience while you navigate through the website. Out of these, the cookies that are categorized as necessary are stored on your browser as they are essential for the working of basic functionalities of the ...
Necessary Always Enabled

Any cookies that may not be particularly necessary for the website to function and is used specifically to collect user personal data via analytics, ads, other embedded contents are termed as non-necessary cookies. It is mandatory to procure user consent prior to running these cookies on your website.